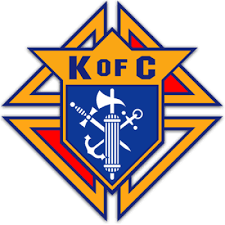 LUDWIG, CHARLES “Barry”, passed away Saturday, August 21, 2021.  He lived the most incredible 81 years one could possibly imagine filled with love, laughter, and incredible story after story of life experiences that were hard to imagine.  Barry’s life was dedicated to his family and friends.  He was fulfilled helping others in any way he could, always with a mischievous smile, twinkle in his eye, and a way to make you laugh at even the most serious things.  He loved to entertain friends and family.  He lived life on his own terms, stubborn to the end, but endearing to all who knew him.  He was the son of Charles and Bertha Ludwig and is survived by his loving wife of 56 years, Bonnie Lou, and his beloved children, son-in-law, granddaughter, sisters, and many extended family and friends.  Barry was a lifetime resident of Nicktown, PA, and a graduate of Northern Cambria High School, Spangler Unit.  He proudly served in the United States Air Force, attaining the rank of Airman First Class.  He worked as a Crew Chief at Hamilton Air Force Base, north of San Francisco.  He also served in the Air Force Reserves in Pittsburgh, PA.  A man who could fix anything and everything, Barry used his talent as an appliance serviceman and head of the Service Department for Good Distributors in Duncansville, PA for 19 years.  He also worked and later became the owner of Ragley Appliance in Nicktown, PA, working in the industry 53 years.  He was a proud and active member of the Knights of Columbus Barnesboro Council #2277 for 50 years.  He served as Color Core Commander and Faithful navigator of the Fourth Degree Knights of Columbus, Prince Gallitzin General Assembly # 0919 for 46 years. Barry’s life was centered around his strong faith in God, and together with Bonnie, they raised their children according to their profound Catholic faith.  As a life member of St. Nicholas Parish in Nicktown, he served the community as a eucharistic minister, usher, member of the Holy Name Society, and past president of the Parish Council.  Friends will be received on Friday, August 27, from 4:00 – 8:00 p.m. at Moriconi Funeral Home, Inc., 1303 Bigler Avenue, Northern Cambria, PA.  A funeral Mass will be celebrated Saturday, August 28, at 10:00 a.m. at St. Nicholas Catholic Church, 1169 Alverda Road, Nicktown, PA.  Due to the worsening of Covid cases, the Ludwig family requests masks be worn at all times for the visitation and the funeral Mass celebrations.  Graveside military honors by local veteran's organizations.  Please observe social distancing guidelines.  In lieu of flowers, donations in honor of Barry’s memory can be made to the Knights of Columbus, The Fund for Penn Medicine, or the UPMC Altoona Foundation.

To send flowers to the family or plant a tree in memory of Charles B. Ludwig, please visit our floral store.

Please note
The Ludwig family requests all who plan to attend visitation and funeral mass please wear a mask and practice social distancing due to the increase in Covid-19 cases.
Share a memory
© 2021 Moriconi Funeral Home, Inc.. All Rights Reserved. Funeral Home website by CFS & TA | Terms of Use | Privacy Policy